Fifty Shades of Grey (and Green) 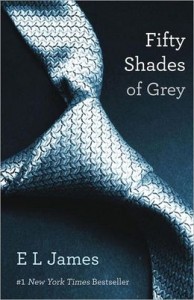 The book Fifty Shades of Grey, published as the first in a trilogy in 2011 by E L James, turned out to be more than just a surprise bestseller. According to a recent article in  Bloomberg BusinessWeek, it has now become a merchandising powerhouse.  Though the book received mixed reviews, sales have topped 60 million copies.  It was number one on USA Today’s best-selling books list for twenty weeks in a row, breaking the previous record for that publication.

Now that success is spilling over into other industries which have licensed the brand for a large variety of products.  Consider the following sample:

Music – EMI Music is releasing a “Fifty Shades of Grey: The Classical Album.

Sex toys – Vibrators and other Shades of Grey toys from the likes of Trojan and Etsy.

And, of course, Hollywood is ready to bring it to the big screen.

No doubt, the success of Fifty Shades of Grey will be examined and re-examined by industry pundits to try and glean the cultural and other factors that have spurred it on.  Perhaps it is part of the phenomenon that Chris Anderson first described in his book, The Long Tail.  Now that readers have easy access to new authors and genres that might never surfaced in a traditional publishing model, such market surprises may become more common.  As noted on its Wikipedia page, Fifty Shades of Grey may have unlocked a new audience:

‘Fifty Shades of Grey’ is making a splash among women – CNN

In the meantime, while you are trying to decide whether to read Fifty Shades (or read it again), look for lots of steamy copycat novels targeting this same demographic to follow.