Too Big to FAIL – FAIL Blog to WIN Book 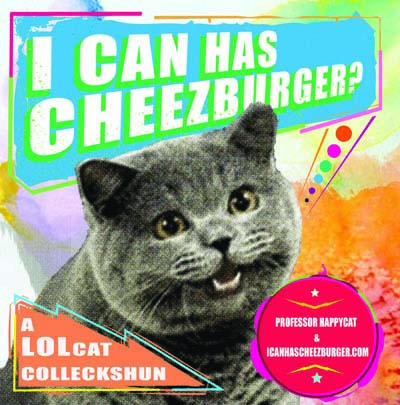 The FAIL blog is a blog for our times.  It’s a visual celebration of human foibles and fallability.   The Wikipedia describes the site and its community thus:

. . . a comedic blog website originally created by Leechio in January 2008. The blog steadily grew in popularity, and in April 2008 was sold to Pet Holdings Inc., owner of I Can Has Cheezburger?.  The site prominently features pictures and videos of someone (or something) failing at something they are supposed to do, or displaying blatant stupidity or incompetence, captioned with the words “fail” or “epic fail”.

The site has become wildly popular and fostered its own FAIL community.  Visitors can upload their own fail pictures or videos and also vote on their favorite fails.  The success of the site has led to the word “fail” becoming the go to adjective or noun used for any kind of wacky failure.  There are degrees of fail – e.g. EPIC FAIL.  The inevitable imitation fail blogs have begun appearing – there’s even a FAIL-book social site.

No surprise then that the folks who started the FAIL blog and I Can Has Cheezburger Blog sites have published a book based on the blog content called FAIL Nation.  Described as “. . . your silent guide and handler to the not-even-close-to-perfect nation of FAIL, chock-full of irrelevant tips and useless suggestions” the book has defied its title and marched to an Amazon sales rank of  6,873 since it’s release in October.

Much like the print success of Frank Warren’s Post Secret series, FAIL Nation has proven that its highly visual blog material can translate to book success.  Can Hollywood be far behind?

This entry was posted in blog to book, open publishing, publishing strategy, readership strategies and tagged blog to book, FAIL blog, FAIL Nation, I Can Haz Cheezburger, Leechio. Bookmark the permalink.
Logging In...