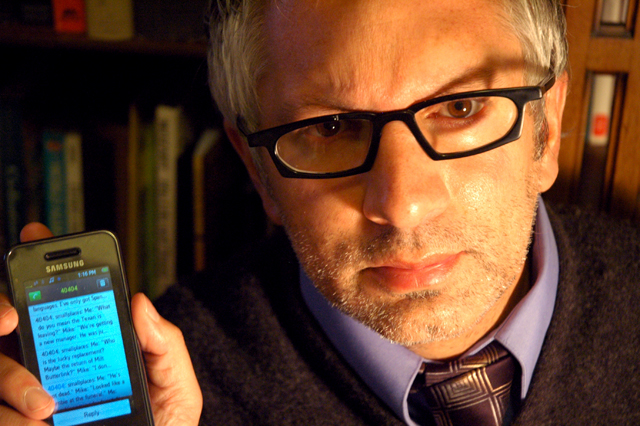 As social media, like Facebook and Twitter, become more embedded into our lives, it seems only natural that writers would begin exploring how to use them as a new literary medium.  At first glance, it doesn’t seem feasible or sensible to consider a service like Twitter as a writing vehicle; after all what can you possibly say in 140 characters.  But, as Sarah Schmelling recently noted in the Huffington Post:

Twitter, too, is full of stories. It may be a cacophony of voices, but you can still easily “follow” someone through the establishment of their problem, rising tension, conflict, climax and resolution. And the trends like “first draft movie lines” can also be narrative entertainment: they’re like the movie scene where someone starts singing and little by little everyone, even that unlikely thug in the corner, eventually joins in.

Like full-blown blogs, Twitter microblogs could emerge as another form of writing in public.  The experiments are well underway.  These projects come in several flavors:

For more examples, check out the Read Write Web which posted a nice list of Twitter novels in progress.

Inspired?  Brandon Mendelson, who has written the Twitter novel The Falcon Can Hear the Falconer, has posted some good advice for wannabe Twitter novelists on TwiTips.  Key among his pointers is to maintain a separate site to provide the story’s updates from where it began and link to this site from the Twitter novel site.

So far, publishers aren’t lining up to sign Twitter novelists.  But as the medium evolves, it could become a good place to try out story ideas and see what can build a following.  Japanese cell phone novelists have shown that novels in short bites can be successful.  (Now, if we could only come up with a better name for this writing form – something that didn’t start with “Tw” and sound like baby talk.)