There is much debate in the advertising and marketing world about the future of online video as an ad medium. More and more dollars are moving into online advertising; but the pace has slowed somewhat and television is still dominates ad spending.  Just as it took time for marketers to understand and establish a model for television advertising, it will take some time for them to fully “grok” the potential of online video.

Traditional media deals mostly with impressions; exposure of an audience to a message.  Mesuring the effectiveness of those messages in getting consumers to take action has always been difficult, time consuming and expensive.  Even the impression numbers themselves are only estimates based on statistical analysis.

Let’s say you book television advertising in San Francisco.  The agency or media planner you’re working with tells you there are tens of thousands of people in the area who might see that ad.  Yet no one knows for sure how many people in San Francisco actually own television sets. No one knows how many people in San Francisco watch the channel your ad is running on at the exact time it runs. So, playing the odds, you book several ads over a length of time that you hope will catch the majority of those potential viewers. You feel good about it because those numbers are high and you did your best to expose your message to as many people as possible.  You hope you got good ROI. Maybe you did something to measure the ROI like having someone call a certain number, go to a URL or something similar.  In this world, potential = hope.

This is in stark contrast to the action based numbers that online metrics yield. Take online video actual viewership numbers dor example. For a given video, you can easily measure how many people watched it, how long they watched it, whether they shared it and how they shared it.   So why wouldn’t marketers immediately jump on the online video bandwagon?  Part of the answer is the newness of the medium and how to talk to audiences in this new space.  There is also a certain amount of fear that traditional marketers have with this new, highly measurable ad medium. 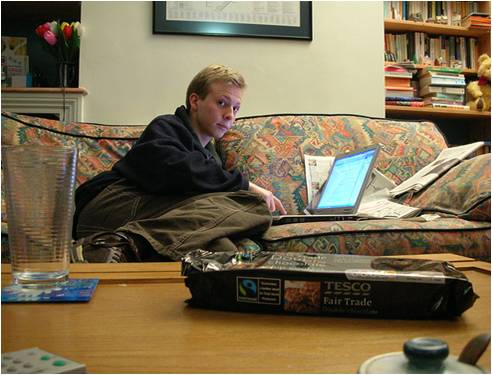 Another important question whose answer will determine the future of ad spend is:  Are  television ads getting more “hits” than online video?  Some box-top television devices are starting to measure whether or not people are watching television ads. Once those numbers have been accumulated and dissected marketers will have a better sense of the true effectiveness of television advertising. With DVRs and TIVO, view on demand and online video it is hard to say how those numbers will turn out.

Owners of television content are beginning to hedge their bets by migrating their programming online to immensely popular sites like Hulu.com.  The situation mirrors what happens with films.  Television broadcast is the primary venue and still largest source of revenue for producers and likely to remain so for some time.  The online video sites become a source of residual, continuing income after the fact.  As online video continues to climb in popularity and utilization, marketers will need to regularly reevaluate which is the primary venue for their ad dollars.