Can out-of-home markets be the secret to stimulating books sales?

Scarborough Research, for one, thinks so.  According to its website Scarborough Research “measures the lifestyles, shopping patterns, media behaviors, and demographics of American consumers locally, regionally, and nationally. Scarborough consumer insights are used by marketers and media professionals to develop successful programs that maximize return on marketing and sales investments.”  When Scarborough researched the buying patterns of the of commuters for one of its clients – Transit TV – it found something that might not be a surprise to publishers; commuters read.

Transit Television Network, headquartered in Orlando, Florida, is the largest out-of-home digital network and provides information, entertainment and advertising to transit riders across North America.  Transit TVhas flat screen televisions on its buses in five major cities; Los Angeles, Chicago, Atlanta, Orlando and Milwaukee. According to the company, 46% of its riders are aged 18-34 and 55% are female. But what percentage of commuters are buying books and where are they going to buy them?  That’s what Scarborough Research asked and we’ll review those findings in a moment.

Other than its statistical significance, there are a variety of reasons why the publishing world should take note of this information:

The Transit TV audience is preconditioned to accept book video as both content and purchase suggestions since they have been watching book trailers since 2008. Circle of Seven (COS) Productions signed a contract with Transit TV in March of 2008 to deliver book trailers as content. The relationship between the two companies started with a simple email from me, inviting Transit TV to look at some of our videos on YouTube.  I saw the Transit TV logo on the OVAB site and recalled seeing that on ExpandedBooks’ website. I knew there must be interest in book content.  And COS offers something different than ExpandedBooks so I thought I’d contact Transit TV and see what they thought of our content.

Jeff Hartlieb,Director, Content and Production at Transit TV, was excited by the audience reaction to the book trailers.  “I saw the significance of the Book Trailer segments and when riders started asking where they could purchase the books, I knew we had hit a home run”  Hartlieb went on to say, “The content is highly visual and well suited to Transit TV’s environment which is one of the major reasons it has done so well on our system”

Once book trailers began to play on Transit TV there was a brief period of adjustment where commuters would see a book trailer and had to understand what it was. Our book videos are meant to be entertaining; we don’t like overt advertising.  To reinforce the impression of entertainment (vs. advertisement), we created “bumpers.”  These are video segments at the beginning and end of a book trailer.  The bumper at the start of the book trailer is designed to tell commuters they are learning about a particular book genres.  The end bumper encourages them to read.

We were contracted to provide content, not ads.  By creating a pre and post video that encourages the experience of reading, then putting our trailers between those bumpers as examples of what someone might read, we are able to treat our book videos are entertainment, not ads.

The downside of being a content provider instead of an advertiser is that we don’t have the metrics or analytics that advertisers get. We know we will get 10 million impressions for each video, but we don’t get specifics and we don’t get to request particular spots or dates like an advertiser would.  The videos play within the month we submit them. Because the videos are taken as content and because of the lack of analytics we don’t charge clients for placement on Transit TV.  We do, however, charge a nominal fee for formatting and processing so it doesn’t absorb incidental costs related to the program.

The Transit TV venue has significant benefits, however.  For example, a 51% average advertising recall which is an amazing statistic, and one we have seen in action.  Consider the case of author Thora Gabriel. “I was excited when I opened my email to see that I had gotten a fan letter from someone who saw my trailer on the bus!” she told us.  The commuter was so enticed by the trailer that he noted the URL of the author and emailed her when he got to a computer. “Being quite a fan of various fantasy books and such, I was intrigued by the “trailer” for the book currently being shown on Los Angeles MTA bus monitors,” he wrote in his e-mail.  He recalled the book, the author and the URL after getting off the bus.   He was inspired enough to take action. That’s what all promotion is suppose to do.

Another important factor –  89% have a favorable opinion of Transit TV so the majority of people watching appreciate the content.  With so many people on advertisement overload, discovering a venue where the audience is happy to watch the material is itself a positive outcomes for advertisers.  Authors are excited about getting this additional exposure as well as the fact that it inspires action. “I’m getting more and more fan mail from people who saw my trailer on the transit bus!” say author Christine Feehan.

Scarborough Research learned interesting facts about Transit TV commuters. They did an index that compares the overall population of the city to those on taking the transit system. The index works by examining the concentration of a certain type of consumer compared with the overall city.

Where are these book buyers going to purchase their books?  The research shows not everyone buys online.  In Los Angeles, Milwaukee and Chicago, Waldenbooks was the preferred bookseller for commuters who watched Transit TV.  But, in Atlanta it is B. Dalton where the majority of commuters purchased their books.  Other stores where book buyers shopped included Wal-Mart, Barnes & Noble, Half Price Books and then online at Amazon. 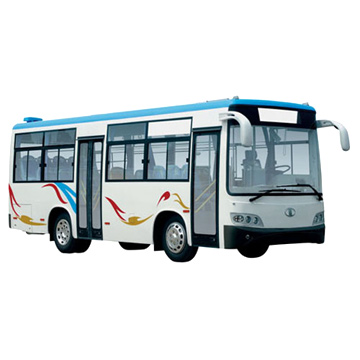 In summary, there is a high concentration of book buyers taking the transit bus system who are spending significant and repeat time on the bus, watching Transit TV.  These book buyers are now attuned to book video that plays several times throughout each day, informing them of new books and reminding them of the entertainment of reading.

It’s only a matter of time before one of the booksellers will find a way to utilize this venue and drive foot traffic to their own stores.  They will benefit from multiple books being presented to these readers that they aren’t having to pay for. It will just be a matter of driving that traffic to a central or “preferred” point of sale.

Readers benefit from having this information given to them in an entertaining way, authors benefit from a book promotion venue that is targeted to a high concentration of book buyers and booksellers benefit from repeat messages telling people that reading is a major form of entertainment.  With bus ridership on the increase, it’s a rare win-win-win situation.