Could the Children’s Book Market Sink like a Lead Balloon?

The tough economy looks like bad news for the children’s book market – for example children’s publisher Scholastic and bookseller Children’s Placehave reported declining sales and earnings.  But now publishers and booksellers are learning that with the passage of the Consumer Product Safety Improvement Act in August 2008, things may get even tougher.

Book publishers aren’t used to having to worry about product safety.  After all, how dangerous can a book be?  But in response to a huge Mattel toy recall in 2007, over concerns about too much lead in its products manufactured in China, the government has passed legislation which is now causing concern among those who sell books to children.

As US News & World Report commented in a recent article:

On the eve of holiday gift-giving, the activist group Public Citizen is warning about possible hazards from imported toys. Its report, called “Closing Santa’s Sweatshop,” maintains that U.S. trade policy and outdated consumer-safety protections expose America’s children to a flood of unsafe toys.

The report says that the United States will import $23 billion in toys-90 percent from China-this year and that imports account for 90 percent of the toys on U.S. retailers’ shelves. “Many nations producing our children’s toys have extremely lax safety standards and enforcement,” Public Citizen says. “Yet, while toy imports exploded by 562 percent from 1980 to 2008, the budget of the agency responsible for toy safety, the Consumer Product Safety Commission (CPSC), was cut by 23 percent, with staffing cut nearly 60 percent during the same period.”

The Consumer Product Safety Improvement Act covers not just playthings but all consumer products intended for use by children 12 and under.  It has two primary provisions:  one lowers the lead content allowed in all products sold to these children and the other mandates that a third party certify the product meets the new requirements. 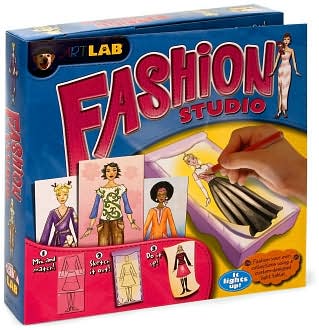 Publishers who have children’s books or book related products manufactured in China are especially scrambling.  For example, Becker & Mayer, which produces children’s books and toys, recently discussed the extra measures they had to take to comply with the new regulations and still meet their holiday production schedules.  Many other publishers are still scratching their heads and trying to figure out how the act will affect their business.  In her article, Book Manufacturers Scramble to Comply With Child Safety Act, By Karen Raugust of- Publishers Weekly catalogued the industry’s responses.  While industry leaders applauded the need to regulate substances like lead in children’s toys, they felt that books should be exempted from the regulations.  After all, during the last two decades only one instance of too much lead in a book has been reported and that had to do with a spiral binding.

As Ms. Raugust lays out in her article, the impacts for publishers are significant:

Testing can cost from a few hundred dollars to $1,500 per item—more for phthalates—which can translate to 20% of the price of some titles. Depending on how the testing protocols shake out, the financial burden of testing each item could put some houses out of business or at least cause them to narrow their lists. Another ramification is the added production time. There are only two or three third-party testing facilities, which test products in all categories, and the extra one to six weeks it takes to get the results makes it more difficult to meet shipping deadlines.

If the regulations aren’t changed to exclude books, smaller publishers could abandon this market or cut back on the number of children’s titles they release.  It would be a sad commentary on our government’s ability to make reasonable policies if we were to see a smaller number of books for children at a time when there is great hand wringing about the decline of reading among children.