Will Viral Marketing Catch On?

Every book marketer dreams of having a title go viral – when a product catches on and is purchased by a huge numbers of customers in a relatively short period of time.  Such events are rare, but have captured the marketing imagination.

Scientists, like Duncan Watts and Albert Laszlo Barabasi, who study such contagions in social networks call these events global cascades.  These cascades are made possible by the presence of what they term a “percolating cluster.”  A percolating cluster is made up of nodes in the network (read prospective customers) whose decision threshold is low and where the average degree (or number of other influencers) is not too high.  The good news is that we can characterize the conditions that will allow a new book to go viral.  The bad news is that we have no way to find these percolating clusters.

That hasn’t stopped marketers from giving advice on how to use viral marketing strategies.  Ralph F. Wilson of Frugal Marketing is a representative example.  He provides 6 tips for an effective viral marketing campaign, including: 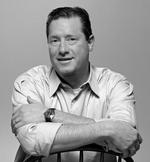 Vahid Chaychi offers some additional tricks in his online article Viral Marketing Strategies – Learn How to Spread the Word for Free! including affiliate programs, recommendation campaigns.  Keith Gloster, of the Concept Marketing Group puts a special focus on using e-books to create viral buzz in his article, 10 High-Impact Viral Marketing Strategies.  He contends that free e-books or downloadable items make good viral accelerants.  The highest profile champion of viral marketing is probably David Meerman Scott (see picture at right), whose PDF, The New Rules of Viral Marketing, became its own viral hit.  Bob Bly offers some refinements on the Scott model by using the free e-book to feed an e-list campaign.  For books, one can now add videos and widgets – those ubiquitous creatures of the cut & paste web -to the viral toolbox

Despite the cornucopia of advice, those percolating clusters remain elusive.  Many marketers hope that early adopters will ignite a viral stampede.  But early adopters are not the key to viral success.  It is the receptivity of the network of potential customers to the new idea.  This receptivity is determined by network parameters that have little to do with being a highly connected (influential) early adopter.  And this receptivity is both dynamic and not something we can easily measure.  So – if network science is right – most viral campaigns will wind up like the proverbial seeds that fall on barren earth; they will not bear the desired fruit.

The real global cascade here may be the dream of viral marketing success rather than the reality.